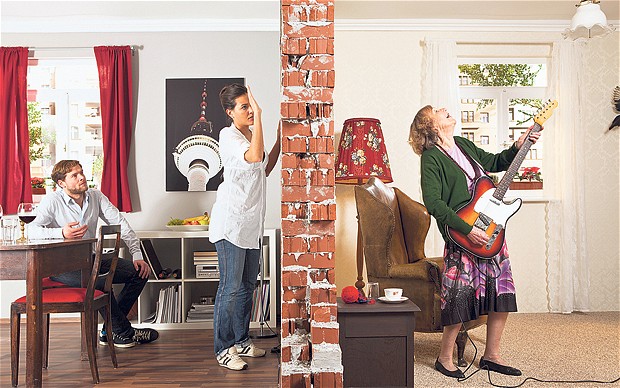 A couple of years ago, I had this neighbour living next door.

A major pain in the arse!

She thought it was perfectly acceptable to play music at full blast, with all the windows open, keeping everyone in the apartment block up.

Through the week it wasn’t too bad.

She had to work & get up early each morning & thankfully avoided partying on a school night.

the ‘fun’ would start.

‘chav-tastic’ music at ear bleeding volume (no wonder she couldn’t hear the banging on the walls!)

On one occasion, she had at least 40-50 people in the apartment and in the car park to the rear, leaning on other peoples cars, drinking, smoking and just being arseholes in general. Thinking it was some sort of outside terrace and bar.

I actually ended up calling the police when i heard them proposing to sit on my motorcycle, and run over the tops of cars, ‘for a laugh’.

It was that or cause an all out war

(I’ve never done that btw, but I seriously considered it..!)

I get really, really pissed at stuff like that & my blood boils!

And you know what?

See, I figured out that it’s MY FAULT

That I get enraged…

That I get angry & lose my shit (and I do really lose it sometimes!)

I CANNOT control what anyone else does

ONLY how I react to it!

^^ pretty big breakthrough for me btw ^^

‘The Status Of Blame’ I call it.

You know which I mean.

Blaming the others for how crap they feel

Blaming BREXIT for the fact they have to work so much!

Blaming ‘lack of time’ on the fact they’re overweight

Basically, blaming everyone & everything for their struggles

Everyone, except the one person they should be looking at…

Questioning the stories you tell yourself and starting to get a different perspective of what it is you WANT and that comrade… is EXACTLY the kind of thing you
discover inside of my programme,

Click Below To Have A Conversation About Getting On Board